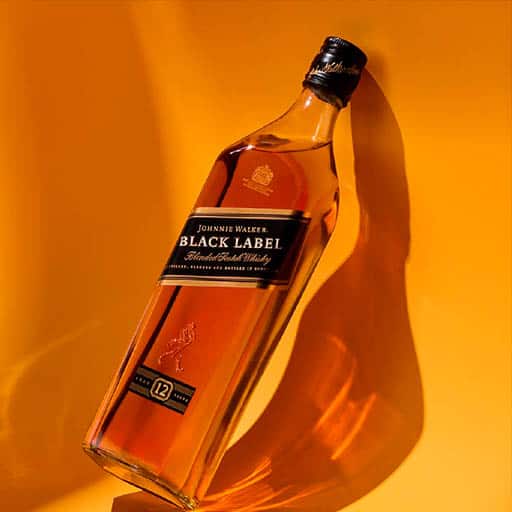 Have you ever wondered what most scotch whisky enthusiasts enjoy drinking?
In the big world of scotch whisky brands, there's a bottle out there for every taste, price point, and preference. Whether you’re looking for the perfect scotch to pair with a cocktail, something really smoky and assertive, or a smooth sipper, we’ve got you covered. Here we introduce a list of the 10 most popular scotch whisky brands that you’ll want to add to your shopping list as soon as possible. 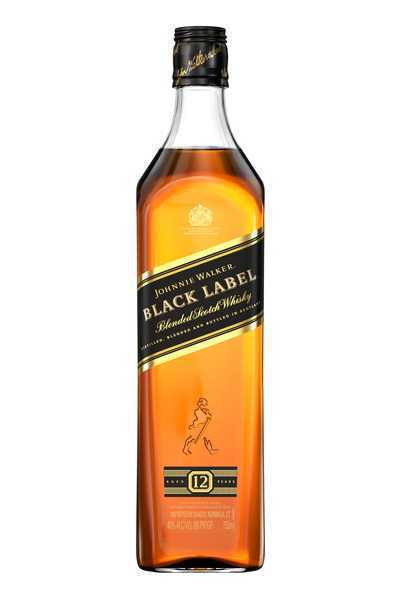 Indulge all of your senses with a smooth glass of Johnnie Walker Black Label Blended Scotch Whisky. Created using only Scotch whiskies aged for a minimum of 12 years from the four corners of Scotland, Johnnie Walker Black Label has an unmistakably smooth, deep, complex character. This spirit is an impressive blended Scotch whisky to share on any occasion. Simply mix with soda water, pour over ice and garnish with a lime wedge for a Highball cocktail. Johnnie Walker was recognized as one of the world's top-trending Scotch whiskies at the 2020 Drinks International awards. Please drink responsibly.
$38.99 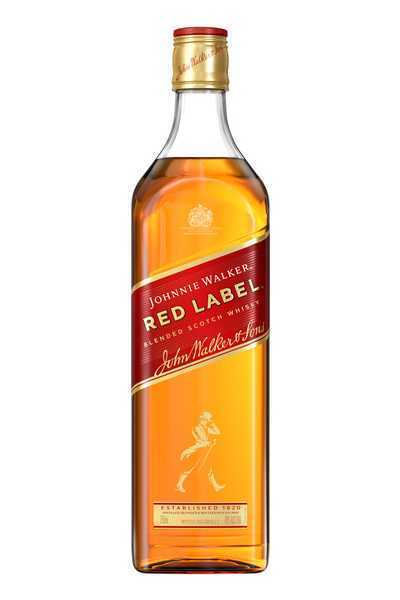 Indulge all of your senses with a smooth glass of Johnnie Walker Red Label Blended Scotch Whisky. Highly versatile and with universal appeal, it has a bold, distinctive flavor that shines through even when mixed. Johnnie Walker Red Label is now one of the best-selling Scotch whiskies around the globe. Perfect for parties and get-togethers, at home, or going out, we recommend enjoying with friends. Simply mix with squeezed lime and ginger ale and pour over ice for a Johnnie & Ginger. Johnnie Walker was recognized as one of the world's top-trending Scotch whiskies at the 2020 Drinks International awards. The Johnnie Walker brand's extraordinary knowledge of Scotland’s malts and its deep desire to create well-balanced blends of island malt whiskies led to the whisky brand we have today. Each batch is then carefully matured to perfection in quality oak casks. As one of the biggest whisky brands in the world, Johnnie Walker embraces a rallying cry for optimism through adversity as it challenges the world to keep walking. Please drink responsibly.
$39.99 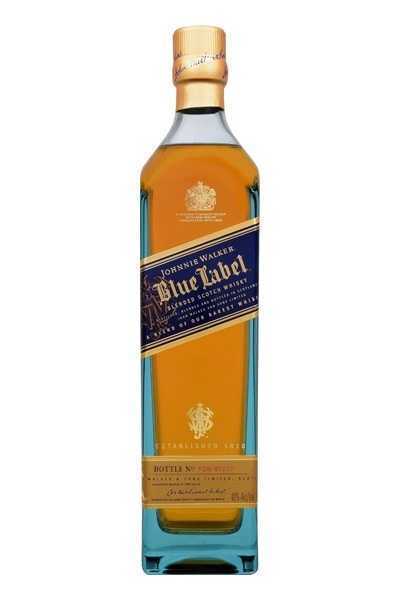 Indulge all of your senses with a smooth glass of Johnnie Walker Blue Label Blended Scotch Whisky. An exquisite blend made from some of Scotland’s rarest and most exceptional Scotch whiskies, our whisky offers incomparably rich and smoky waves of powerful flavor. Only one in every ten thousand casks has the elusive quality, character and flavor to deliver the remarkable signature taste of Johnnie Walker Blue Label. Truly, it is an extraordinary Scotch Whisky for extraordinary occasions. Simply pour over ice in a whisky tumbler for an elegantly simple drink. Johnnie Walker was recognized as one of the world's top-trending Scotch whiskies at the 2020 Drinks International awards. Please drink responsibly.
$229.99 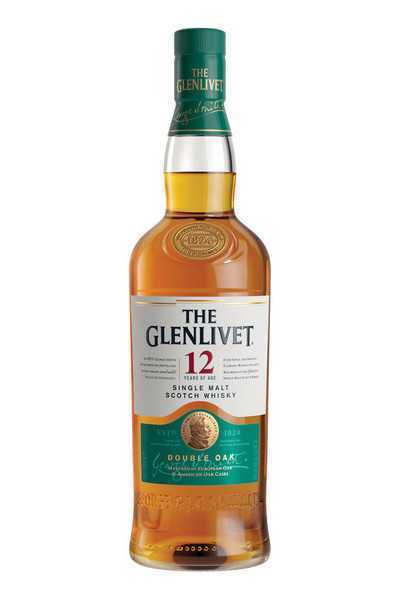 Since 1824, The Glenlivet distillery in Sepyside, Scotland, has produced one of the most famous malts in the world – The Glenlivet 12 Year. This Speyside single malt Scotch whisky boasts a delicate balance of sweet summer fruits and spring flowers. You will also notice aromas of pineapple, pear, toasted cereal and honey, the latter of which shows up again on the finish. The Glenlivet distilled in pots that still use 100 percent malted barley. It is then aged in traditional European and bourbon-seasoned American oak casks to bring forth the delectable flavors. Despite being produced in Scotland, The Glenlivet is the bestselling malt whisky in the United States. It is also the second-best single malt in the world, so you know you're buying the good stuff! No other malt whisky has the legendary status enjoyed by The Glenlivet 12 Year. Its smooth character and tropical fruity notes make it a first-class malt, along with the mineral-rich spring water drawn from the distillery's historic well. So, what does "single malt" mean, anyway? Single malt whisky is simply a malted whisky that has been made from a single distillery. As for the malted part, the whisky is made using malted grains as opposed to unmalted ones. According to Scotch Whisky Regulations, single malt Scotch whisky must be made with malted barley, distilled in a single distillery using pot stills and aged for at least three years. The Glenlivet, being a 12-year Scotch, is aged for 12. It's also a Speyside single malt Scotch, which means that it's produced in the River Spey region in northeastern Scotland. The Glenlivet 12 Year is a vibrant gold hue with a summery nose. Since its palate is well balanced with forward tropical fruit notes, it's best enjoyed neat, on the rocks or with a little water added. At the finish, you'll savor a smooth creaminess with hints of fresh hazelnuts and marzipan. Pair The Glenlivet with seafood dishes, such as seared scallops, to bring out the best characteristics in both. Even if you've never tasted a malt whisky before, The Glenlivet will make anyone a fan. Buy The Glenlivet 12 Year online at a great price through Drizly and have it delivered directly to your door or pick it up in store.
$49.99 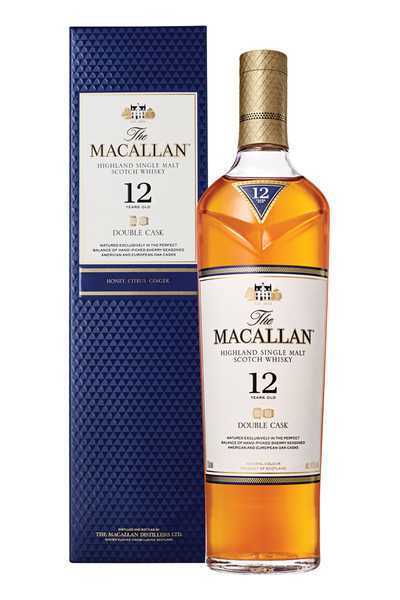 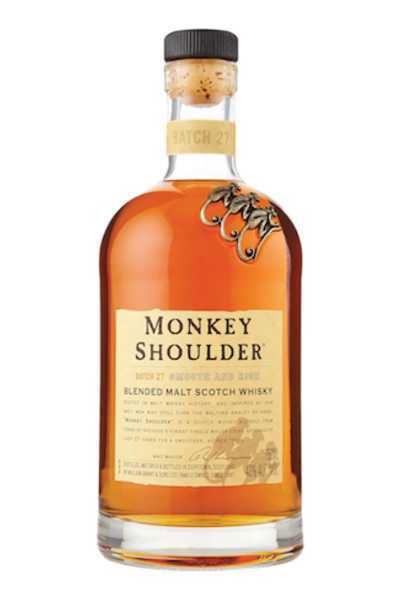 Monkey Shoulder is a blend of Speyside single malt Scotch whiskies which are married together for flavor and consistency. The richness and vibrancy combine with fruity aromas and mellow vanilla, making it perfect for mixed drinks and cocktails. Monkey Shoulder casks are former bourbon casks, which add smooth vanilla flavors to this Scotch. It also has no grain whisky whatsoever anywhere in or even near the drink. It's barley all the way, folks. The name Monkey Shoulder might sound funny, but it has a history in whisky making. The maltmen who used to turn the barley would take long shifts, using their dominant arm significantly while working. At the end, their shoulders would droop on one side, an ailment that became known as "Monkey Shoulder." Today, nobody working at Monkey Shoulder actually has the affliction, though the barley still gets turned by hand. Working conditions are much better than they used to be. The name sounds cool and harkens back to the old whisky making days. Monkey Shoulder tastes delicious neat, with a splash of water, and on the rocks. It stands out in mixed drinks, too, given its orange and vanilla flavors with a bit of spice. Try it in a Rob Roy or a Blood and Sand to impress your palate and your friends. Buy Monkey Shoulder Blended Scotch online at a great price through Drizly and have it delivered directly to your door or pick it up in store.
$35.99 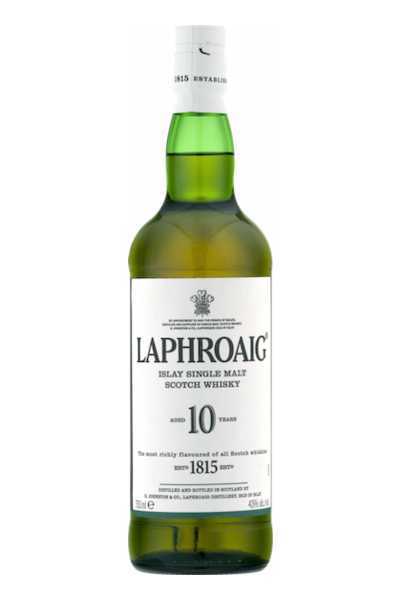 Touted as the most richly flavored Scotch whisky in the world, Laphroaig 10 Year is a classic peated drink from Islay. The scotch is full-bodied and smoky with a lovely residual sweetness that complements its hints of seaweed and salt. After noting its peaty characteristics, discover a warming finish that lingers in the throat and beckons the taster for more. It's no secret that Scotland is renowned for its whiskies. Iodine-rich scotch from the Islay region is among the country's most characterful drams, with Laphroaig offering one of the most exceptional medicinal malts. The Laphroaig 10 Year is the company's entry-level scotch, which boasts a medium caramel color when poured into a glass. Scents of smoke, decay, salt, charcoal, leather and wet stone hit the nose, opening up to herbal ocean tones, peanut butter fudge and a sweet gumminess. The first impression Laphroaig leaves on the palate is a playful dance between the salty and sweet. You'll note impressions of sea spray and breakfast porridge on the finish, fading to that classic smoky peat for which Islay whiskies are known. Like all Scotch whiskies, Laphroaig 10 Year is best enjoyed neat or with a little water added. It's also perfectly acceptable to drink on the rocks. Seriously, we won't judge. Feel free to experiment with cocktails like the Velvet Smoking Jacket, a perfectly smoky cocktail made with Laphroaig, Mezcal, Velvet Falernum and orange bitters. Shake with ice, strain and serve the cocktail neat with a simple lemon peel garnish. Buy Laphroaig Scotch Whisky 10 Year online at a great price through Drizly and have it delivered directly to your door or pick it up in store. Winner of Gold Medal at the 2016 Denver International Spirit Competition,
$59.99 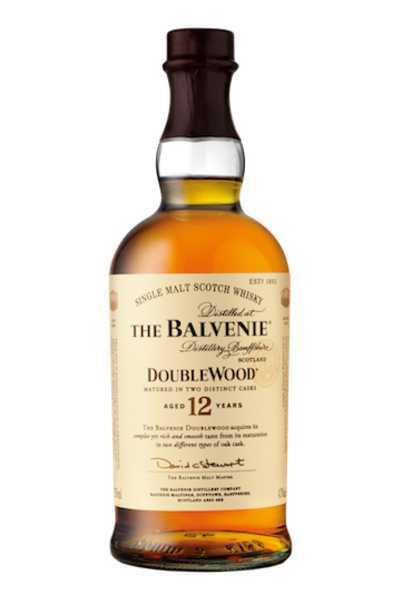 How do you make whisky the right way? Why, you make it yourself. Balvenie believes in mastering and controlling the Five Crafts of whisky: barley, malt, stills, barrels and the malt master. They handle every aspect of creating The Balvenie 12 year Doublewood, from the first seed to the final approval of Malt Master David C. Stewart, whose nose and palate have been sharpened at the distillery since 1962. The Balvenie presents the ultimate line of painstakingly crafted Scotch whiskies. The Double Wood ages 12 years in American Oak Bourbon barrels, then finishes in Spanish Oak Sherry casks. The final product carries the sweet fruit from the Sherry, charred notes from the Bourbon and the character of a meticulous crew of craftspeople. This Speyside whisky tastes fine after dinner or with a Maduro cigar. The nose carries dark chocolate, raspberries and fresh bread. The taste blends berries and cherries with pepper and exotic spices. The finish is long and viscous with lingering hints of red fruit. The 12 Year is a great addition to your Scotch collection. You'll have some Highland, Islay, Lowland and Cambeltown, but this is one of the only whiskies you'll find aged in two different barrels. It sets itself apart. How should you drink it? Pour it in your favorite straight-sided glass, neat. Put a glass of ice or water next to it. Some sippers like a splash of water "to wake up the whisky." Have your first sip straight, then drop in a cube to cool it a touch. The water will expand the flavor. Any way you have it, you'll taste the love and care of dedicated distillers. Buy The Balvenie 12 year Doublewood online at a great price on Drizly and have it delivered directly to your door or pick it up in store.
$69.99 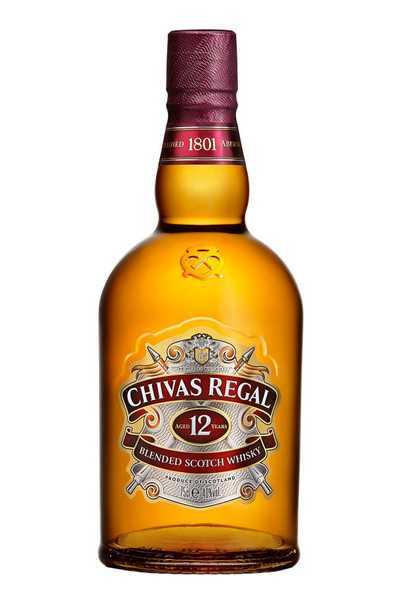 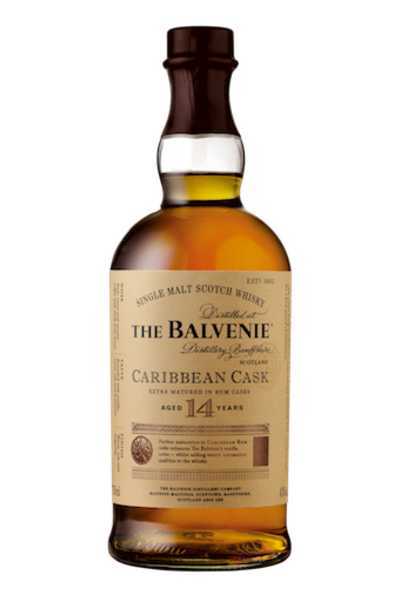 The best whiskies are aged well, and The Balvenie 14 Year Caribbean Cask is one of the best. The smell offers a rich aroma of passion fruit, other tropical scents and rich toffee. When you take a drink, you'll get flavors of sweet vanilla, mango, apple and just a touch of orange. As you enjoy the whiskey, you'll notice that the finish sticks around, offering a vanilla tone. The overall balance of The Balvenie Caribbean Cask 14 Year is something you'll love from the very first taste. Using home-grown barley, The Balvenie Caribbean Cask 14 Year is a masterpiece from start to finish. Unlike many scotch and whiskey brands out there, The Balvenie still uses a floor malting process. They steep the barley in water then spread it across the floor. It is turned and malted by hand, which is a long and difficult process. Once the liquid for The Balvenie Caribbean Cask 14 Year has been made it's aged in oak casts. After 14 years, it is moved into Caribbean rum casks to get some extra flavor before being sold. It's unlikely that you'll want to mix anything with it. The flavors are too unique to pass up. When you're pouring yourself a glass of this 14 Year scotch, consider the three most popular options: neat, on the rocks or with a splash of water. Buy The Balvenie 14 Year Caribbean Cask online at a great price through Drizly and have it delivered directly to your door or pick it up in store.
$83.99