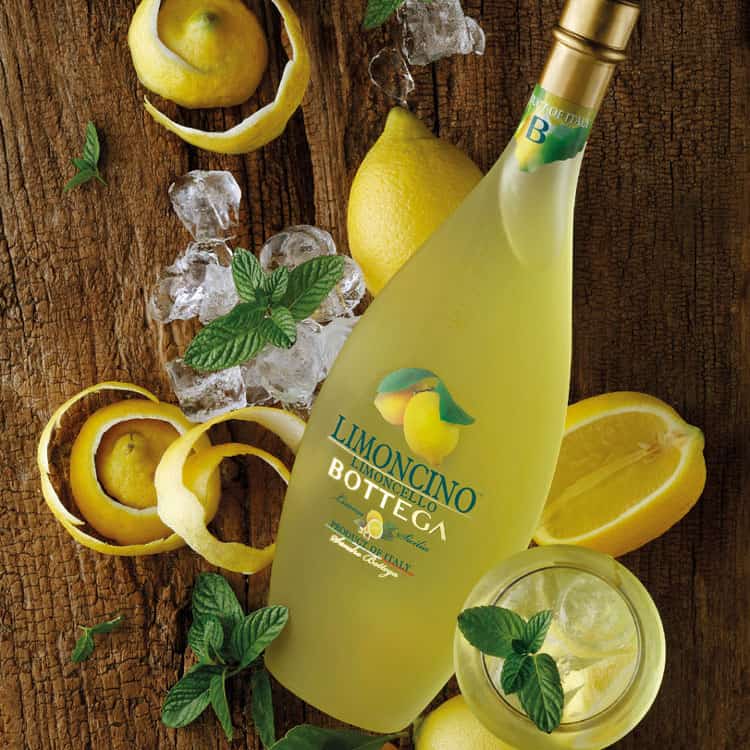 Limoncello Liqueur Reviews, Ratings, and Facts.
Discover the Top 20 Most popular Limoncello worldwide. Here, you’ll find good Limoncello you’ll want to share with your friends. You’ll also discover the best Italian lemon liqueurs and the most delicious vintage to drink this year. Read on to discover your new favorites on our top-rated Limoncello liqueurs guide. Recent wine ratings and reviews from users around the world. 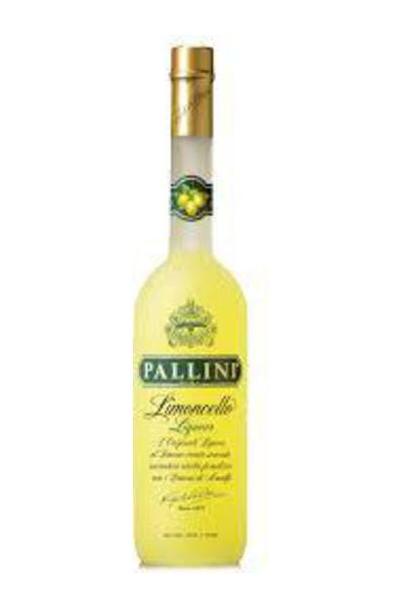 Created from an authentic 100 year old recipe by the Pallini Family, made with Italy's finest Sfusati Amalfitano lemons. Serve well chilled or on the rocks for a refreshing flavorful drink.
$16.99 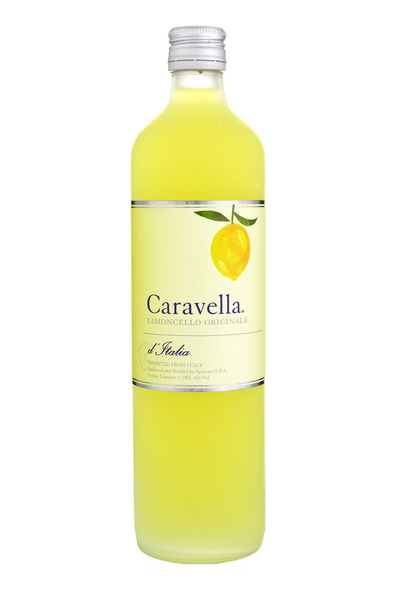 Ultimate Wine Challenge - Italy- Has aromas of lemon candy, menthol with a hint of white pepper that provides a fruity, sweet and tart, lemon drop flavor with a cane sugar finish.
$20.99 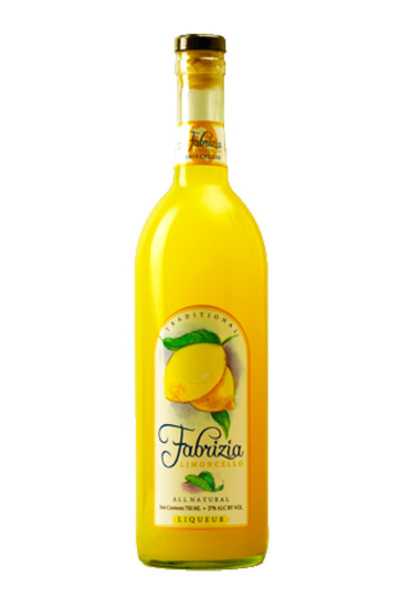 Fabrizia Limoncello is entirely “homemade,” produced in small batches, by hand in New Hampshire. Exact proportions are the secret to the success of Fabrizia, but by following the steps listed below you can create your own all-natural homemade limoncello just like we do!
$19.98 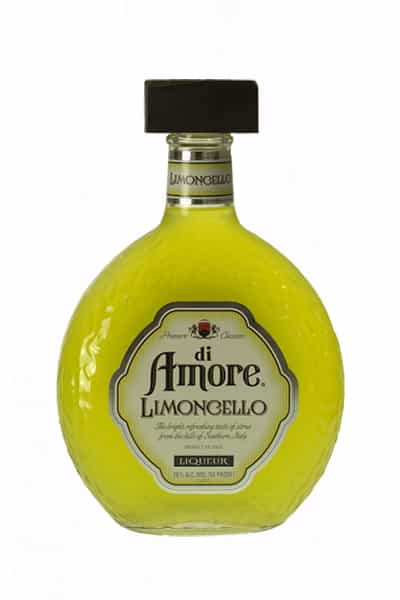 The distinctive taste is said to come from a combination of ripe and un-ripe lemons. Fresh citrus zest aromas have a distinctly lemony quality.
$14.39 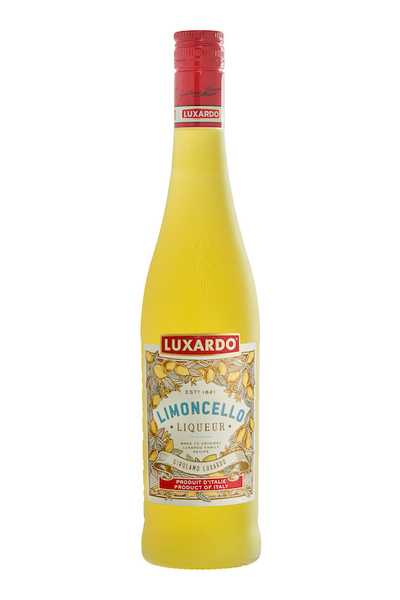 First advertised in 1905, Luxardo Limoncello is an authentic Italian lemon liqueur that is extremely popular in Italy, either served straight up and chilled, or on the rocks with soda or tonic. Luxardo's time-honored production methods of infusing alcohol with peels, pulp and juice enhances the natural aroma and bright citrus taste of lemons harvested in southern Italy.
$27.49 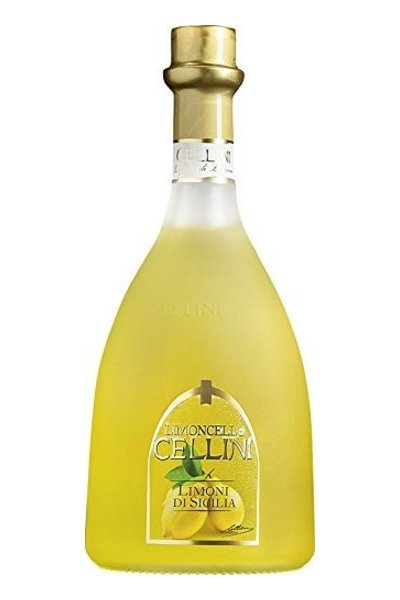 Made from the peels of Sicilian lemons which are infused in alcohol to extract the magnificent flavor and perfume
$22.99 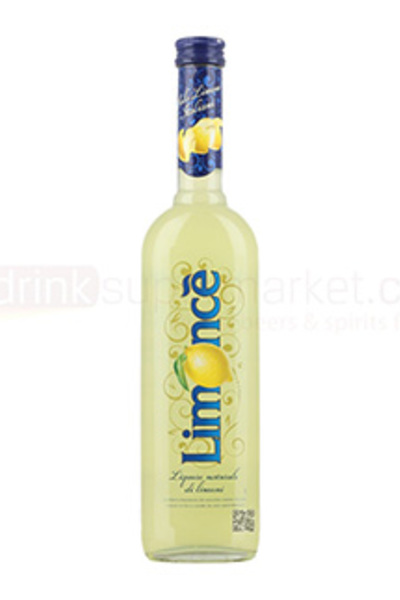 Agrocetus, the name is a combination of Agrumi which means citrus and Cetaria which is the latin name of Cetara where the company is located, was founded in 1990. Mr. Pappalardo who is the owner of the company has always been involved in the production of limoncello or lemon jams but on a very small scale and mostly for local consumption. In 1990 Mr. Pappalardo and 3 other partners created Agrocetus and the company mission has been since then to produce and bottle a high quality artisanal limoncello that should be as natural as possible avoiding any use of chemical flavoring nor coloring.
$19.99 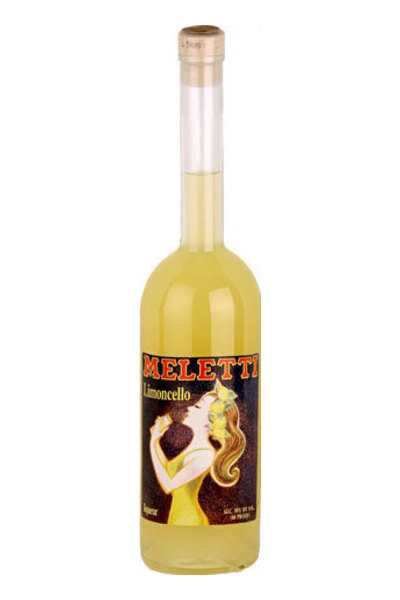 Meletti Limoncello achieves the perfect balance of sweetness and freshness by combining alcohol, sugar, and lemon peel. Meletti selects only the finest lemons from Sorrento’s coastal groves. The lemons are harvested in mid-October and quickly brought to Meletti’s distillery to create a pure and natural citrus liqueur with no coloring or stabilizing additives. A rich, full mouth feel with inviting aromas and flavors of fresh lemons that are pronounced but not harsh, and balanced by a delightfully sweet finish. According to Italian tradition, Limoncello is the elixir of life. Folklore holds that this liqueur had healing virtues capable of curing everything from bad breath to a bad love life.
$22.26 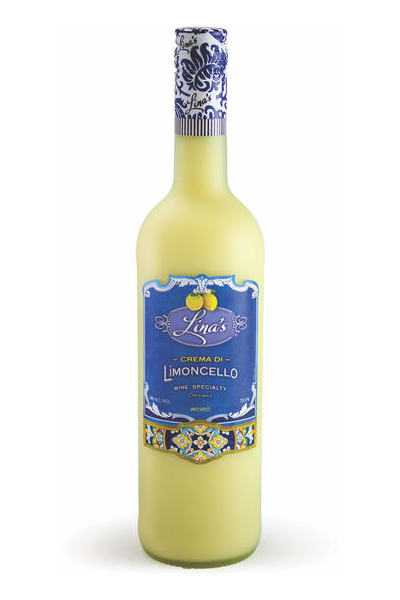 This luscious blend of Lemons , Cream has its roots in the centuries old tradition made famous by one of Italy's oldest and best loved libations, Limoncello. A perfect balance of delicate creaminess and just the right amount of lemon will make Lina's very easy to drink and extremely versatile. It is equally delicious straight up, over ice, in coffee or as an ingredient in a cocktail not to mention served over fruit or pound cake. The possibilities are limitless so let your imagination go and create your own unique favorites.
$17.97 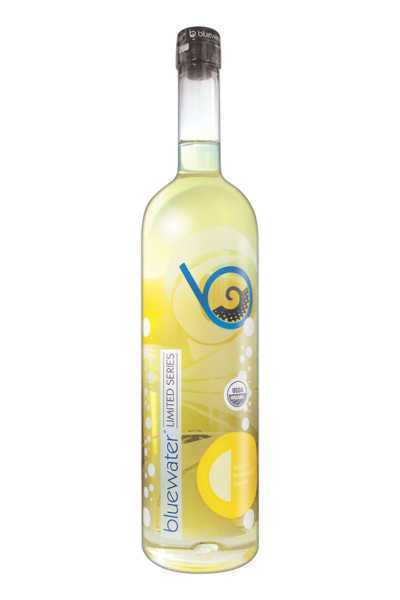 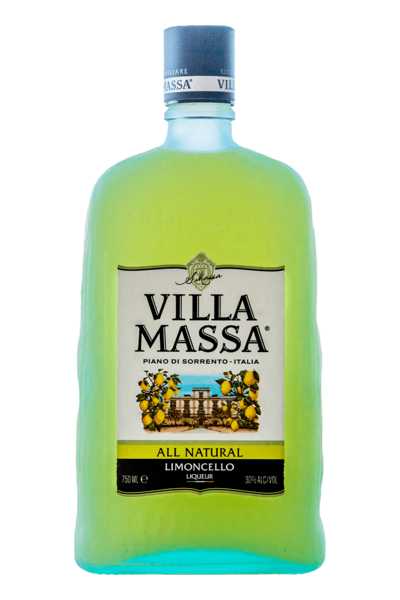 The Villa Massa recipe dates back to 1890 and has been handed down from mother to daughter for over a century. Made using only “Sorrento PGI Lemons" and produced using our traditional natural methods. Its natural flavor delicately cleanses the palate, creating the perfect balance between the acidic lemony notes, the sweet notes and the alcoholic base.
$29.99 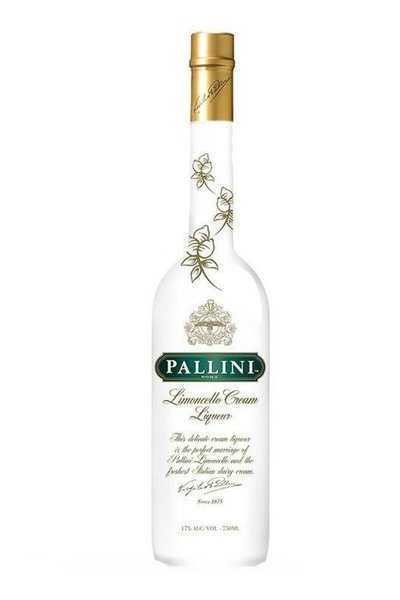 Intensely creamy and sweetened just right, the Pallini Limoncello Cream Liqueur is a decadent and rich limoncello liqueur like no other. This cream liqueur is made using handpicked Amalfi spindle lemons, which are known for their weight and unusual shape. These lemons are quickly taken from the farm to the distillery within the same day to ensure maximum freshness in every bottle. The Pallini Limoncello Cream Liqueur is the ultimate limoncello liqueur best enjoyed on the rocks - and in the company of your closest friends! This cream liqueur has a creamy and dreamy aroma that will remind you of lemon popsicles, key lime pie with meringue, Trix cereals, condensed milk, and rich buttercream frosting. The palate boasts of a smooth texture followed by distinct notes of pie crust that dances on the lips. The Pallini Limoncello Cream Liqueur has a delicate finish that leaves jus the right amount of sweet-tart flavors on the taste buds -- teasing the taste buds with all of the right flavors.
$25.09 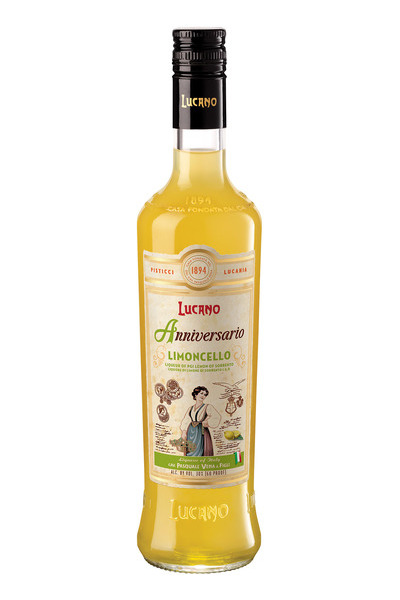 The Limoncello Lucano is an expression of an age-old Italian tradition, from the careful selection of the best local lemons with thick perfumed skins, whose zest is macerated in the top-grade alcohol to obtain a liqueur which captures all the perfumes and flavors of the sun Mediterranean lands. This wine is best-served cold as the classic after-dinner drink. Limoncello Lucano is also excellent on ice-creams and fruit salads, and a wonderful base for delicious long drinks.
$23 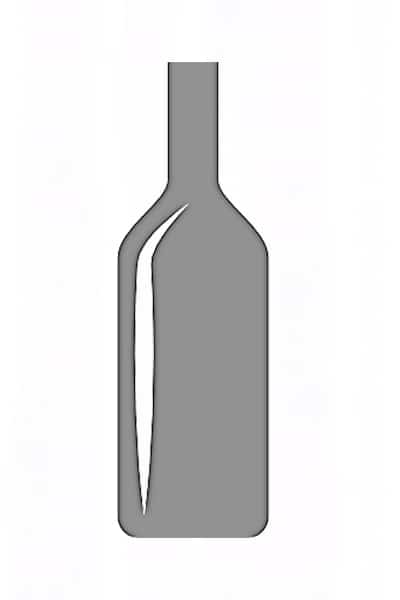 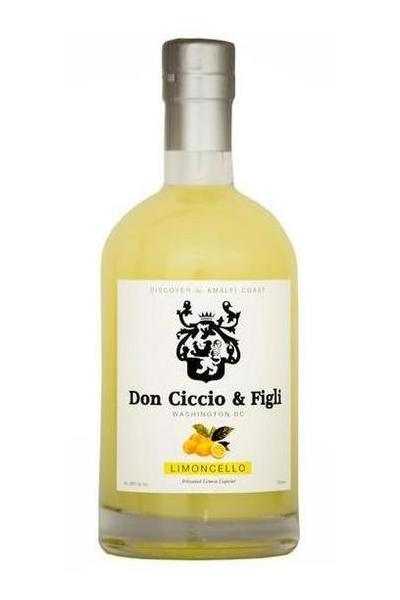 Whether a cordial, made from various fruits, or a liqueur, which is made from herbs, seeds, roots or nuts, we have the monks of 15th century Europe to thank for creating the recipes that are still used today and are an essential component to any cocktail connoisseur's cabinet.
$33 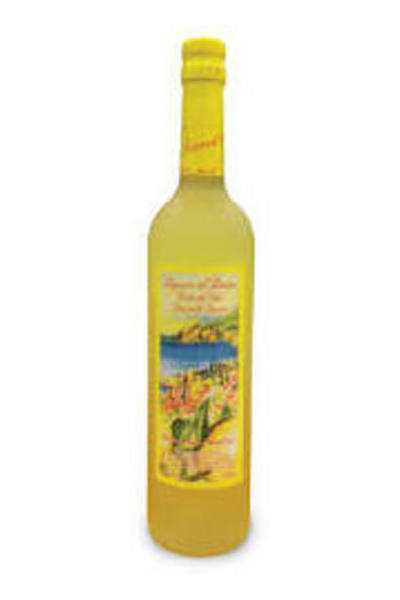 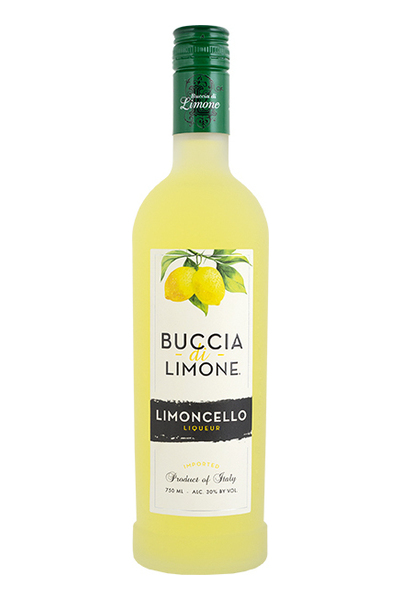 Comes from carefully selected lemons grown on the beautiful hillside terraces of the Amalfi Coast, where the best lemons are grown in the world. The intensely fragrant peels are steeped in the finest Italian spirit and sugar, crafting a limoncello with fresh and pure flavors that are uniquely Italian. Clean, well made with very strong lemon flavors without the sourness or bitterness of lemon juice.
$17.99 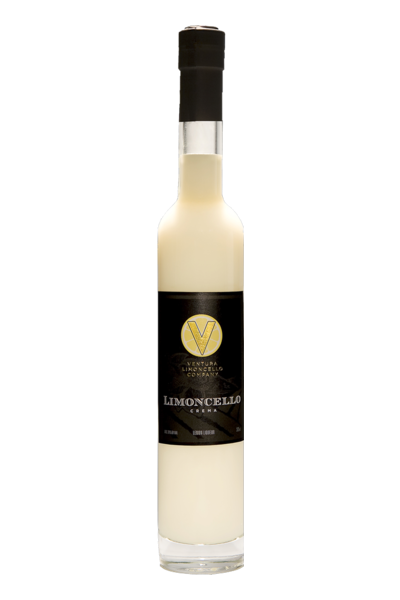 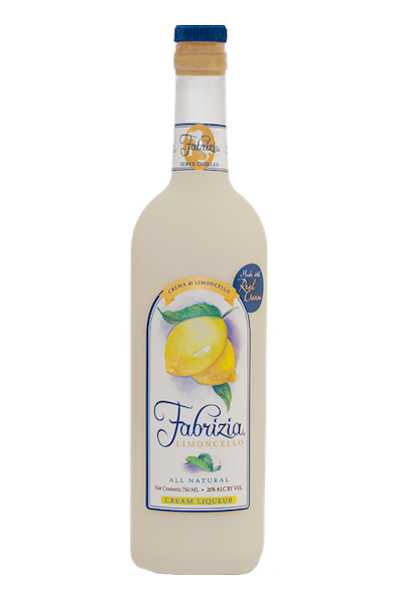 Fabrizia Crema di Limoncello is made with real, premium ingredients. Eighty percent of each bottle is made up of Fabrizia limoncello; produced using freshly zested lemon rinds, pure grain alcohol and house made simple syrup. Adairy alcohol cream from Wisconsin is added to the limoncello making up the remaining twenty percent of the contents.
$18.97 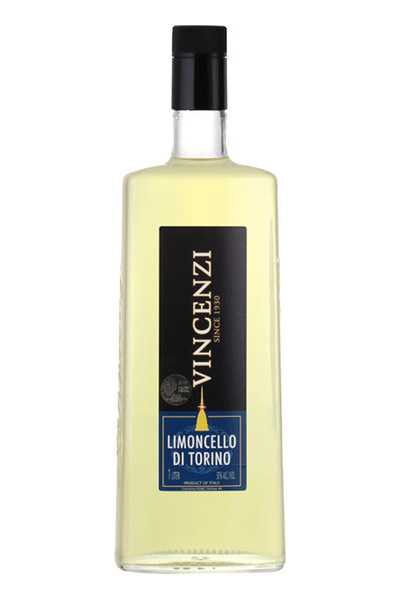 Limoncello is an Italian lemon liqueur mainly produced in Southern Italy. It is also produced in Calabria, Abruzzo, Basilicata, Apulia, Sicily, Sardinia, Liguria, Menton in France, and the Maltese island of Gozo. It is also a popular homemade liqueur. Limoncello has usually a slightly turbid appearance, which originates from the presence of small (approximately 100 nanometers) essential oil droplets suspended in the drink. The spontaneous emulsification of hydrophobic essential oils in alcohol/water mixtures is often referred to as the ouzo effect.

Traditionally, limoncello is made from the zest of Femminello St. Teresa lemons, also known as Sorrento or Sfusato lemons. Lemon zest, or peels without the pith, is steeped in rectified spirit until the oil is released. The resulting yellow liquid is then mixed with simple syrup. Varying the sugar-to-water ratio and the temperature affects the clarity, viscosity, and flavor. Opaque limoncellos are the result of spontaneous emulsification (otherwise known as the ouzo effect) of the sugar syrup and extracted lemon oils.

Limoncello is the second most popular liqueur in Italy after Campari and has recently [when?] become popular in the United States, Canada, the United Kingdom, Australia, and New Zealand, where restaurants are now increasingly offering limoncello on their beverage and dessert menus.

The United States has seen a rise in commercial producers using California lemons which are grown year-round, with 90% of the United States lemon crops coming from California. A popular ingredient in cocktails, limoncello imparts a strong lemon flavor without the sourness or bitterness of pure lemon juice.

Limoncello is traditionally served chilled as an after-dinner digestive. Along the Sorrentine Peninsula and the Amalfi Coast, it is usually served in small ceramic glasses that are also chilled. This tradition has been carried into other parts of Italy. Limoncello is also used to make various cocktails, pastries, or ice cream.

Alcohol content can vary widely, especially among homemade variants, but the average alcohol content is between 25% and 30%. Wikipedia