What are the Top 10 best beers? When it comes to beer, everyone seems to have their favorite. “There are so many impressive beers out there, and it’s fun to navigate the different styles and regional strengths. From light beers to stout beers, there's also a wide variety of suds to choose from. Some love a deep rich stout, while others prefer a lighter taste. Still, others love a good microbrew, relishing in their unique taste and limited quantities. Browse Top 10 of new, local, and well-known beer brands and explore reviews, ratings, and facts. 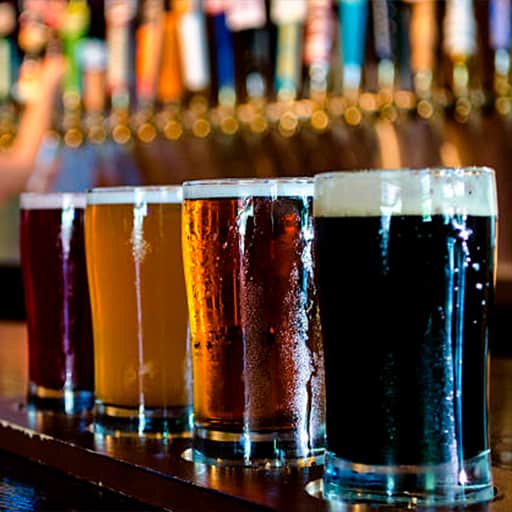 Enjoy looking through our list of the ten best beer brands 2023.

This year’s list of top-ranking beers, based on 2023 sales, is similar to last year’s results, with a few key changes.

Three of the top 10 best-sellers are American brands you’ve likely heard of (and drank plenty of), while four are Chinese beers largely unknown in the U.S. You may not have sipped or even seen, a majority of the millions of hectoliters of beer sold around the world in 2023.

Everybody talks about craft beer these days, but what people mostly drink is the mass-produced, distinctly non-craft stuff.

Sales of specialty brews are definitely rising: The nation’s 7,550-plus craft breweries shipped a total of 26.2 million barrels in 2018, up from 10.1 million just 10 years earlier. Out of those, these are the 35 most popular craft breweries in America.

If the amount of craft beer sold sounds impressively, consider that the nation’s No. 1 beer brand, Bud Light, alone shipped 28.1 million barrels last year – and sales of the top three brands (all of them, incidentally, light or “lite”) exceeded 53 million.