Close
Liquor Articles /
Competition in the Markets for Liquor Brands

Competition in the Markets for Beer, Wine, and Spirits 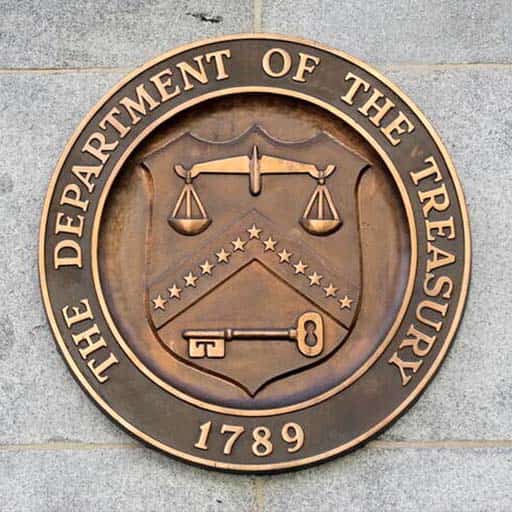 WASHINGTON — The U.S. Department of the Treasury, in consultation with the U.S. Department of Justice and the Federal Trade Commission, released a new report today on competition in the markets for beer, wine, and spirits. It contains a series of recommendations to better level the playing field for small businesses and new marketplace entrants by enforcing existing laws that promote competition and modernizing outdated alcohol regulations. The report, “Competition in the Market for Beer, Wine, and Spirits“, is a product of Executive Order 14036, Promoting Competition in the American Economy.

“The Biden-Harris Administration is committed to ensuring an economic environment that promotes fairness and competition,” Assistant Secretary for Economic Policy Ben Harris said.

“American consumers, small business owners, entrepreneurs, and workers should not have to suffer under the thumb of a highly concentrated beer industry,” said Assistant Attorney General Jonathan Kanter of the Department of Justice’s Antitrust Division.

The report analyzes the markets for beer, wine, and spirits and finds significant concentration in certain markets. The report also analyzes the role that complex regulations play in stifling small businesses and blocking market access to new participants. To solve the competitive challenges in the beer, wine, and spirits marketplace, the report identifies several priorities, including a strengthened review of horizontal consolidation, enforcement of trade practice rules against exclusionary conduct, and reform of post-Prohibition era regulations that hinder small firms and new entrants from accessing the marketplace. Treasury.gov

The goal of the Executive Order is to reduce the trend of corporate consolidation, increase competition, and deliver concrete benefits to America’s consumers, workers, and small businesses. Those benefits include more choices, better service, and lower prices for consumers through a competitive market, as well as fairer opportunities for small businesses and entrepreneurs to compete.

In particular, o protect the vibrancy of the American markets for beer, wine, and spirits, and to improve market access for smaller, independent, and new operations,” the Order required the Secretary of the Treasury, in consultation with the Attorney General and the Chair of the FTC, to “submit a report…assess the current market structure and conditions of competition, including an assessment of any threats to competition and barriers to new entrants, including:

(i) any unlawful trade practices in the beer, wine, and spirits markets, such as certain exclusionary, discriminatory, or anticompetitive distribution practices, that hinder smaller and independent businesses or new entrants from distributing their products;

(ii) patterns of consolidation in production, distribution, or retail beer, wine, and spirits markets; and

(iii) any unnecessary trade practice regulations of matters such as bottle sizes, permitting, or labeling that may unnecessarily inhibit competition by increasing costs without serving any public health, informational, or tax purpose.”

Accordingly, the Treasury Department has produced the following report. It is based on input from government agencies, industry participants, trade associations, public interest groups, and concerned citizens, including responses to a Treasury Department request for information.

The Treasury Department’s Alcohol and Tobacco Tax and Trade Bureau (TTB) and the Food and Drug Administration (FDA) are federal regulators of the beverage alcohol industry. The Federal Trade Commission (FTC) and the Department of Justice (DOJ) oversee mergers and also police anticompetitive conduct. The Treasury Department regulates sales activity, labeling, and advertising under the Federal Alcohol Administration (FAA) Act’s trade practices provisions, in addition to administering the federal excise tax on alcohol.

The markets for beer, wine, and spirits are unusual. The public health and social concerns inherent in alcohol consumption have led to special forms of regulation, including Prohibition. The 21st Amendment, which ended Prohibition in 1933, incorporates special deference to state laws regarding intoxicating liquors. Consequently, state regulation has a different role in alcohol markets than in other markets. And the FAA Act of 1935 demonstrated a particularized concern with vertical integration, exclusionary conduct, and monopolization more generally.

Two major industry trends mark the last several decades. The first is significant growth in the number of small and “craft” producers of beer, wine, and spirits. There are now over 6,400 operating breweries in the United States, up from a low of 89 in the late 1970s,5 and more than 6,600 operating wineries. There also more than 1,900 operating distilleries. These businesses are dispersed throughout the country, and they have helped build a strong global reputation for quality and craftsmanship. In addition, over the last several decades the United States has become an innovator in bringing new types of beers, wine, and spirits to the world.

However, the second trend is one of consolidation, particularly at the distribution and/or retail levels for beer, wine, and spirits and at the production level for beer. In many states, there has been significant consolidation in distribution. Additionally, two brewers have dominated the U.S. markets since 2008 and today account for an estimated 65 percent of the beer market nationwide, as measured by revenue.

It was the evident goal of the FAA Act to combat monopolies in the alcohol beverage industry. By this metric the goals of the statute and the Executive Order are being met in some ways, but not in others. The innovation in American wine, beer, and spirits in the last few decades has resulted in a flourishing of small and craft producers in local markets that is unusual in a contemporary U.S. economy where many markets are dominated by a few, national brands. This may be, at least in part, a byproduct of tax policy and some state and federal laws and their limits on vertical conduct. For example, the regulatory restrictions on slotting allowances for access to shelf space—sometimes called “pay to play” schemes—are distinctive in American retail.

Despite the positive development of significant growth in the number of small and craft producers of beer, wine, and spirits, we find the following matters of concern:

– Beer production is concentrated heavily with two major brewers, and several distributors have expanded their geographic reach, giving rise to concerns from craft brewers. Studies have shown direct links between major brewery mergers and an ability to raise prices in the markets in which they compete.

– Despite TTB’s active enforcement of the FAA Act’s competition provisions, complaints about exclusionary behavior by large producers, distributors, and retailers are common. Some of the major complaints include those about (1) discriminatory conduct by distributors, and (2) slotting, shelving, and other preferential practices, despite a ban on such practices.

– The complaints suggest that the FAA Act’s competition provisions, originally intended to address overconsumption of alcohol and problems with organized crime may, in a much- changed marketplace, not fully address the exclusionary impact of some business practices. They may, at the same time, unnecessarily burden small firms and new entrants.

– Some of the laws and regulations, both state and federal, may impose a disproportionate burden on small and medium-sized producers without corresponding justifications based in public health or the prevention of anticompetitive behavior. Some of the rules in question include labeling preapproval requirements, bottle size restrictions, mandatory classification of beverages, and complex application requirements to qualify for a permit to produce alcohol.

– While originally designed to prevent anticompetitive vertical integration where distribution is dominated by a few players, some state and federal laws may actually inhibit the growth and competitiveness of small producers. Other laws may unnecessarily inhibit forms of marketing that could otherwise help competition. Restrictive laws also can have financial consequences for consumers. Some state laws require distributors to set publicly and adhere to prices, stifling competition and likely increasing prices to consumers. One study estimated that “post and hold” laws restricting price competition could lead beer consumers to “spend $147-478 million more than they did previously.” 7

– Regulatory proposals that could serve public health and foster competition by providing information to consumers, such as mandatory allergen, nutrition, and ingredient labeling proposals, have not been implemented.

– The direct-to-consumer model, common in wine, has been spreading to beer and spirits and offers distribution opportunities for small producers. Some, however, argue that direct shipment risks making alcohol available to under-age drinkers. An FTC study of direct wine shipments found no evidence of such abuse, but there is a lack of evidence specific to beer and spirits.

In light of these considerations, this report makes the following recommendations:

– We encourage the DOJ and the FTC, which have contributed to this report, to continue to vigorously enforce the antitrust laws, while continuing to examine their approach to horizontal consolidation and to evaluate the effectiveness of their remedies in the alcohol markets. In addition, we encourage:

– We also encourage the DOJ and the FTC, in consultation with TTB, to consider taking a closer look at vertical mergers or arrangements that may lead to monopolization or exclusion in the alcohol markets, particularly exclusion of small firms or new entrants.

– TTB should reexamine its labeling and other practices to prioritize labeling rules that protect consumers and public health, while reducing or eliminating any regulatory requirements that create compliance costs and can be barriers to new entrants or burdens to small businesses.

– TTB should consider rulemaking to update certain of its trade practice regulations under the FAA Act with several ideas in mind:

– TTB should evaluate its trade practice enforcement policies, particularly to:

– We encourage the states to examine the effects of their regulations on small producers and their ability to compete, including their access to distribution.

The full report can be read here

How to Market and Promote Your Alcohol Brand?

WikiliQ is the best solution. Creative Promotions: Make Your Alcohol Brand Stand Out (FREE).
Marketing and advertising of alcoholic beverages and products in America. Read more. 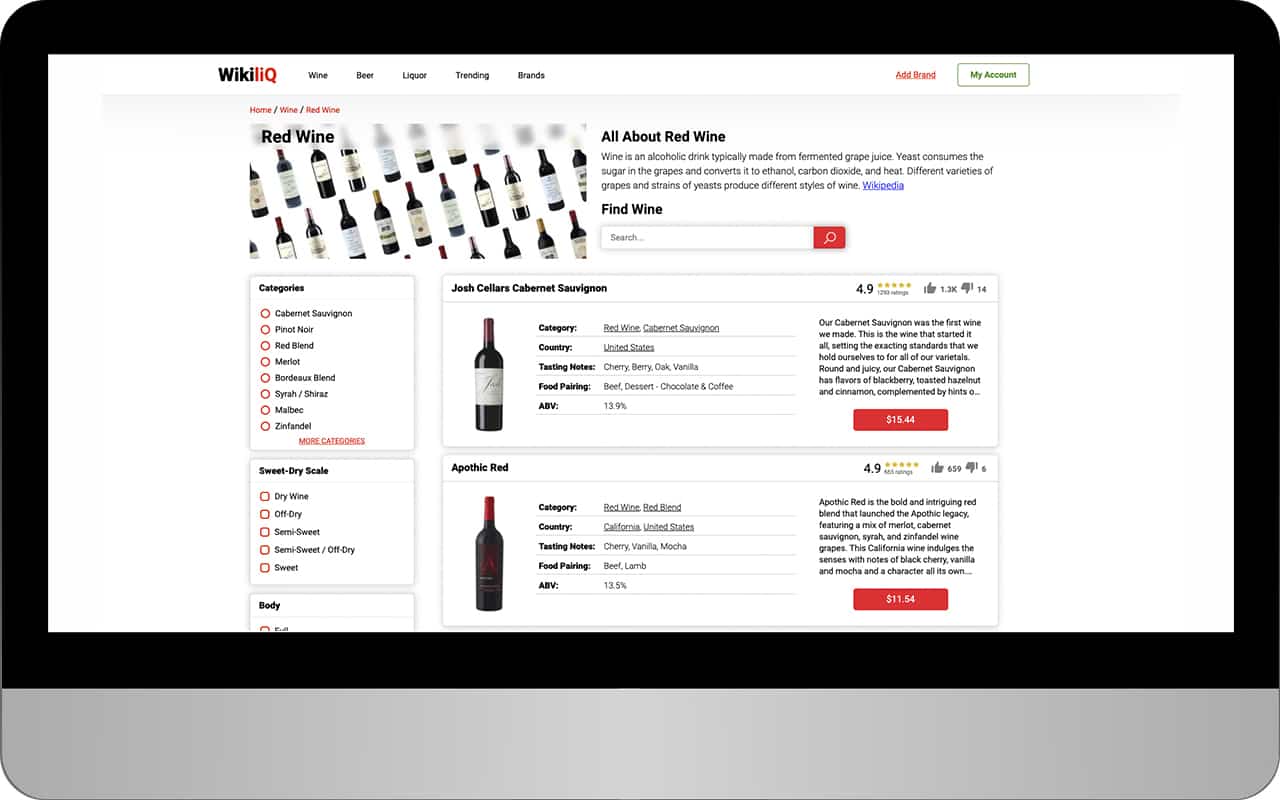