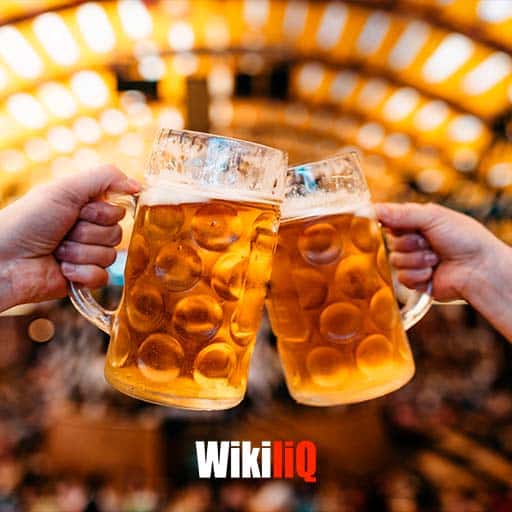 8 International Beer Festivals You Won’t Want to Miss.
Beer festivals have been keeping discerning drinkers refreshed and entertained for decades. Of course, with an array of street food, live music, and competitions, there is more to beer festivals than drinking. However, sampling an exquisite range of beverages is the big attraction and people are often willing to travel far for the experience. This selection of international beer festivals includes those that rank in the major league to lesser-known gems.

The world’s most famous beer festival doesn’t disappoint in scale and quality. Around six million visitors descend upon Munich to partake in festivities that include colorful parades, fairground rides, and dancing. But most of all, they come to drink. Oktoberfest is held for more than two weeks at the end of September, concluding at the beginning of October.

The main event takes place in a meadow just outside Munich’s city center, but outdoor tents are also erected in major streets and plazas. Visiting Oktoberfest takes some planning since accommodation and transport are at a premium and often booked well in advance.

Colorado is no stranger to summer beer festivals, but Denver hosts the largest collection of American beers in one place. Organized by the Brewers Association for early fall, the premier US beer festival features 800 breweries and almost 4,000 beers. Breweries present the beers themselves, offering beer-making demos and pairing sessions. Although the three-day festival is huge, visitors appreciate the opportunity to interact with their favorite brewers. Over 100 judges from the USA and abroad choose the best craft beers in a competition, with awards for 90 beer style categories.

The Dutch take a more experimental approach to their most popular beer festival with wild yeasts and bacteria taking center stage. As its name suggests, Carnivale Brettanomyces is dedicated to the eponymous yeast that is known for its strong and earthy aroma. Brettanomyces distinguishes itself from the regular yeast Saccharomyces to create very dry beers.

“Brettfest” is held at six different venues around Amsterdam during June and celebrates eccentric beers and edibles. The event aims to be educational with lectures covering brewing techniques and food pairings. If your taste is more mainstream, don’t worry, you can still find Berliner Weisse, Gose, as well as a few ciders.

Belgian beer connoisseurs get a grand opportunity to sample some of the country’s most delectable brews at this early-year festival. With more than 400 beers to choose from, Bruges Beer Festival features every imaginable Belgian style from Flanders’ sour ales to test-tube-like flasks of Kwak.

The free entrance ensures it is a packed event and fortunately it’s centrally located so that you should be able to find your hotel easily even after the most powerful 16% ABV oak-aged barleywine. The fairy tale surroundings of Bruges’ medieval center make this annual festival a must-visit for beer drinkers who like their tipple with a view.

Originally known as the Great Australasian Beer SpecTAPular, GABS was established in 2011 as a celebration of creativity in craft beer. GABS is held in Melbourne and Sydney during different dates in May. The hugely successful event continues to grow in stature and popularity and it recently made its debut in Auckland, New Zealand.

The festival showcases the best Antipodean craft breweries and cider producers, including up to 180 artisan drinks made just for the event. Much more than just a beer festival, visitors can enjoy outstanding local food, entertainment, and interactive exhibitor stalls where they can learn the stories behind the products and breweries. Both craft beer enthusiasts and the previously uninitiated will enjoy the variety of drinks and activities on offer at GABS.

The Great British Beer Festival is the largest beer festival in the United Kingdom. Held in London’s enormous Olympia exhibition center each August, the five-day event is a mecca for beer lovers and the perfect way to quench your thirst on a summer’s day. The focus is on real ales served straight from the cask, but bottled beers, wines, and ciders are also available. There are over 900 drinks to suit all tastes and enough street food and pub snacks to eat, drink and be merry all day. Attendees can also enjoy “tutored tastings”, a shop with book signings and opportunities for brewers and trade professionals to network.

There are more than 120 beers on tap from around 70 breweries; most of them represent a diverse array of local beers, but you’ll find some international brands on the side. If you get bored of quaffing beer, Whistler has plenty of recreational activities including four incredible golf courses, beautiful lakes to explore, or beaches and spas for some relaxation.

As Asia’s answer to Oktoberfest, Qingdao Beer Festival attracts a dedicated clientele of revelers. It may come as surprise to some, but the Chinese consume a staggering proportion of beer, outdrinking Americans and producing the world’s second best-selling brand, Tsingtao, which is only just beaten to first place by Budweiser. Not surprisingly, Tsingtao’s beer tent is the biggest and packed with entertainment that ranges from drinking races to fire breathers.

This isn’t the relaxed event that you’d find in some western countries, but it is surreal, neon-tinted fun with locals clutching plastic bags full of beer, dancing on tables and munching on fried octopus rather than bratwurst. Fortunately, there are usually several hundred international and domestic beers available, so you don’t have to limit yourself to the plastic bags of amber nectar. The 16-day festival is held during the second half of August and features artistic parades, drinking contests, light shows, gala performances, and amusement park rides.

A World of Beer Awaits

Whether you prefer a hearty stout, a light wheat beer, or the hoppiest IPA, beer festivals provide an ideal arena to sample a range of drinks. More importantly, for those who love to travel, beer festivals can be combined with sightseeing and exploring far-flung corners of the world. From Belgium to China, these events encompass different local traditions and styles while offering great cultural insight that makes the effort traveling to them worthwhile.